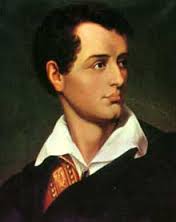 There is this passage in the poet Byron’s Don Juan that has always impressed me as one of the keenest observations concerning women to be found in literature:  “Man’s love is of his life a thing apart,/’Tis woman’s whole existence” (Canto I, 194).

In my thinking, most men lack women’s capacity to love fully.  I write this knowing the tendency of stereotype to overlook exceptions, which are often many.  Still, I think my observation holds.  And thus I count women superior to us men, for surely love is the noblest of human emotions.

Women think with their hearts, though not at risk of their intelligence, for they know how to discern; witness any shopping outing and you’ll catch my drift.  They’re no less so when it comes to sorting out men.

Women frequently assume risk, or gamble on love, unlike many men who prefer the safety of the status quo over commitment.  While marriage in the West continues its decline, given opportunity, most women prefer it; less so, men.  As the late Toronto Star columnist Merle Shain reminds us, “Men opt for security in lieu of feeling and call their decision maturity” (Some Men are more Perfect than Others, p. 6).

Sometimes women lose heavily, having bet all, and thus they grieve; yet they excel even in their loss, since we’re defined more by what we attempt than what we lose.  The ancient Greeks had it right: assertion validates identity.  Far better to enter into your feelings and chance possibility than to awake one day to numbing emptiness, the sorrow of not having loved and wishing you had.

They say women adore intelligence in their males, and they do; but what really seizes their hearts are the courageous kind, who accepting their vulnerability, refuse to let fear foreclose on happiness.  With brave men such as these, love offers its amplest bloom.