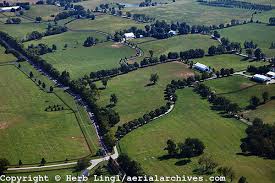 I count myself fortunate to live near Lexington, KY. Its assets are many; its liabilities, few.

I like its small town feel—no row housing here; no factories puffing their toxins into the air.

Though ranked 61 among American cities, currently about 311,000, it’s unique in not having freeways threading its thoroughfares, unlike neighboring Louisville and Cincinnati.

To be sure, Kentucky is often synonymous with poverty, but Lexington defies such stereotypes. Located in the center of the pristine Bluegrass countryside renowned for its grandiose thoroughbred farms, Lexington is not only one of our nation’s most beautiful cities, but also one of its most affluent.

Unlike many cities, Lexington enjoys one of the nation’s steadiest local economies, with unemployment currently a miniscule 3.7%. Forbes Magazine has it as the 4th “Best City” for Business careers. Kipplinger ranks it 6th as a “Best Value City.”

Lexington can rightly boast its being “the horse capital of the world.” A 2014 survey revealed that 67,500 horses populated the Bluegrass, including 24,600 in Lexington!

Another laurel is its 6th place ranking as one of the country’s “most inspiring cities” (worldwidelearn.com), topped only by Boston, San Francisco, New York City, Washington, DC, and Los Angeles.

Lexington is also listed 7th as a “Best City for Quality of Life” (nerdwallet.com).

In spite of these accolades, however, Lexington faces continuing challenges from commercial interests who, left to themselves, potentially pose a threat to the city’s bucolic flavor and, as a family city, the superb ambience of the city and surrounding area.

Fortunately, the city is currently enjoying a hiatus with the tenure of Jim Gray, its progressive mayor. Under the current Five Year Comprehensive Land Use Plan (2011), set to end next year, the city has held out for wise land stewardship, reaffirming the 40 acre minimum set in 1958 for new residential land and commercial development.

As Gray puts it, “building our brand and our economy means that first we preserve what is special and unique about our Lexington—our bluegrass landscape.”

Concurrently, unbridled development has raised its ugly head within the Urban Service Area with numerous architectural gems of the nineteenth century torn down to make way for an underground garage, office tower, hotel, and retail and restaurant space downtown in what has famously turned into a cavernous hole in the ground since its first shovels in 2008.

Meanwhile, yellow dinosaurs gouge the rich soil of a former 56-acre farm to make room for The Summit, a new mall by a national conglomerate just down the road from gargantuan Fayette Mall, which recently expanded by another 26 acres.

You see, I’m an idealist and would have preferred the city’s opting to purchase the farm for green space along one of the city’s most grid-locked traffic corridors, Nicholasville Road—something on the order of the New Haven Green or Savannah’s The Squares. Or like New York’s Central Park or Philadelphia’s Fairmount Park, offering timeout sanctuary in the very heart of urban bustle.

But what about the cost? Well, before you think me insane, consider that the city council had previously come up with a $354 million plan to renovate Rupp Area, home of the University of Kentucky’s men’s basketball team.  I’d say it’s a simple matter of getting our priorities straight.

While Lexington may seem to enjoy a rich tapestry of parks, some 100, they’re relatively small while large areas of the city haven’t any parks at all.  The city’s special gem is Raven Run, a passive park of 734 acres (no sports facilities, etc.), preserving natural habitat and several well maintained hiking trails.

Lexington needs to pay attention to its tree canopy anyway which has experienced a sharp decline, some of it doubtlessly due to the recent infestation of the emerald ash borer. According to a 2012 study, the city’s tree coverage stands at 27%, with 40% the gold standard.

Lexington currently isn’t a member of the City Park Alliance, and it should be. Its rival city, Louisville, is.  The Alliance offers a mapping technology with demographic data that can be accessed online. The Alliance ranks the 75 largest U.S. cities as to how each of them is meeting its park needs. Lexington ranks 51 (parkscore.tpl.org/rankings-advanced.php).

The upshot of all this is that Lexington, while doing well, can do better and must if it’s to assure preservation of its unique ambience, underpinning its attractiveness as one of America’s best cities to call home.