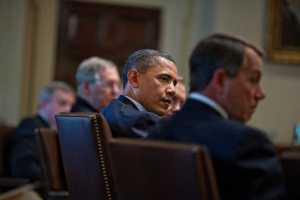 If you’ve been watching the headlines on the economic front, you may have seen the news about record bank profits in the first quarter of the year to the tune of $40.3 billion, an all time high.  In fact, profits surged 15.8% over the same quarter a year ago. This marks the 14th straight quarter of bank gains. In short, the bailed out banks (you and I paid for that), are making money hand-over-fist.  Not so, mainstream America.

Meanwhile, in the past 12 months, scandal- ridden JP Morgan has garnered $24.4 billion in net profit, evidencing once again that banks could evade laws with impunity.  The precedent, after all, had been the release of the 2000 page examiner’s report on Lehman Brothers in 2010,  suggesting fraud had brought about its bankruptcy, yet nothing was done.

You’d never have expected hand-outs from the Obama administration, given their campaign pledges to look out for us po’folk and their left of center politics.  Their hand-outs, not loans, to banks and other fiscal institutions, are shockingly in the trillions, with $85 billion dished out every month from the Federal Reserve.

But then again, we can better understand the forces in play when we look at the cohorts Obama gathered about himself:  Jacob Lew, former Citigroup executive, appointed deputy secretary of state, with a cool $900,000 bonus in his pocket from Citigroup;  Mark Patterson, Goldman Sachs lobbyist, made chief of staff at the Treasury, despite a ban on lobbyists;  Timothy Geithner, who became the architect of the bailouts, appointed as Treasury secretary, even after it was discovered he hadn’t fully paid his taxes;  Larry Summers, who authored many of the pro-bank policies of the nineties, recruited as a mainstay economic advisor; and Rahm Emmanuel, appointed Chief of Staff, after gleaning $16.5 million as a Chicago investment banker in just 30 months in-between government jobs. All of them Democrats.  All of them with dirty hands.

At the present moment, Larry Summers is being touted as the next Federal Reserve Chairman, replacing the retiring Ben Bernanke.  A long time Goldman Sachs executive and trader, he played a primary role in deregulating Wall Street in the Clinton administration.

So far, and probably never will happen, not a single bank or CEO has been brought to account for their criminal mismanagement of the people’s money, leading to the 2008 meltdown and consequent suffering for millions of Americans. Their suffering continues.

Now you would think from the President’s major address on the economy this month that happy days are here again for you and me, what with his boast of 7.2 million new jobs created in the business sector in the last four years.  But politicians do prevaricate, and it’s up to you and me to hold their feet to the fire.  Fact is, long term unemployment is at its highest level since the Great Depression, and of the newly minted jobs, most are low wage (often in the service sector), temporary, or part-time.

Curiously, nowhere did the President mention the plight of Detroit facing bankruptcy and the possible erosion of pension and health benefits for the city’s workers, including police and fire personnel.

To give him his due, he did allude to the growing income disparity between the rich and the majority of Americans:

Even though our businesses are creating new jobs and have broken record profits, nearly all the income gains of the past ten years have continued to flow to the top 1 percent. The average CEO has gotten a raise of nearly 40 percent since 2009, but the average American earns less than he or she did in 1999. And companies continue to hold back on hiring those who have been out of work for some time.

But how did this happen?  He didn’t mention government’s largesse to the wealthy through bank bail outs, corporate tax breaks, and reduced wages for autoworkers.  In the first two years of the President’s tenure, or after the downturn of 2008, the richest one percent enjoyed an 11% increase in income, unlike the rest of Americans whose incomes declined.

Again, nobody’s been minding the store.  In 2011, the Senate Permanent Subcommittee  noted Wall Street’s culpability just prior to the 2008 market collapse as “a financial snakepit rife with greed, conflicts of interest and wrongdoing.”

While it may appear that things are humming along nicely, the banks booming, the real estate market up, stocks at their peak, the reality is that more than 3 million of us can’t find work.  Those who do, work for less, often part-time.  Many, particularly those 50 and over, may never work again.  Black youth unemployment is currently at 42 %.

Several million Americans have been foreclosed upon by the banks, losing their biggest investment stake and, sometimes, a whole lot more.  Many others owe the banks for houses purchased at inflated prices, now worth considerably less.

But the banks roll on, too big to take on, as Attorney General Eric Holder recently let slip. What’s more, their lobbyist legions do their work well, busy button-holing members of Congress.  It’s a game of money, always has been, money spelling influence.  It’s America, you know.

This just  in:  The President remains committed to slashing Medicare by $400 billion and Social Security by $130 billion in his projected 2014 budget.  (In 2008, candidate Obama had pledged, reiterated by Biden in 2012, that he wouldn’t cut Social Security.)  Apparently, the bankers are a privileged class; the people, expendable to the exigencies  of  power and influence.