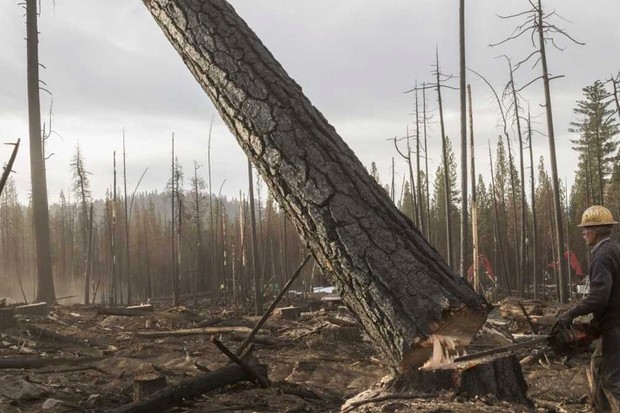 Mary Oliver wrote appealing nature poems, several of them featuring trees.  Take her opening lines of “When I am among the trees,” for example, crafted in simplicity, yet resonant of the capacity of trees to yield serenity:

When I am among the trees,
especially the willows and the honey locust,
equally the beech, the oaks, and the pines,
they give off such hints of gladness.
I would almost say that they save me, and daily.

Trees, however, are in trouble these days, whether from disease, climate change, or human over-reach. Sentries of earth’s welfare, trees sequester carbon and discharge oxygen, mitigate heat stress, conserve water, preserve soil, anchor landscape and shelter animals. They are also a human resource for many of our needs, be it housing, furniture, fuel, or even boxes and paper.

It’s when seen as a commodity that the primary danger looms. Before the coming of Europeans to North America, vast virgin forests covered half the continent’s land area. In the three centuries that followed, settlers cut down trees for farms and pasture at a rapid pace, removing half of that native forest.

With the eclipse of farming as a primary means of subsistence in the 20th century, American deforestation has largely stalemated, with abandoned farms reverting to forest, government implementing federal and state safeguards, and private lumber interests investing in replanting.

Nonetheless, our forests remain under threat, the U. S. experiencing a 3% decline consequent with urban growth since 1997. There are big bucks to be made with logging. America happens to be the world’s fourth largest consumer of wood despite being just 6% of the world’s population. Unfortunately, it’s been the intrinsic legacy of capitalism to prioritize profit over social and environmental welfare.

As is, the old growth forest is virtually gone and with it, a once abundant wildlife. Remaining forest, often reduced to isolated tracts, may not offer sufficient habitat for animal survival. Meanwhile, illegal logging also continues.

It gets worse in third world countries like Indonesia and Brazil where forests are plundered daily both for profit and to make room for cattle ranches and palm oil plantations.

Indonesia has lost some 50% of its forest and at its present pace the lowland forests of Borneo and Sumatra will be gone in the next two years. Transparency International reported in 2019 that illegal logging had occurred in 37 of 41 of Indonesia’s national parks, abetted by political corruption .

I’ll not touch on other third world nations, Mexico, Ethiopia, the Democratic Republic of Congo, for example.

Each year, world forest removal equals the size of Greece, with consequential climate change hastening the doom of what remains.

If humans were wise, less given to comfort and custom, they could mitigate this unfolding scenario of disaster by consuming less meat, a primary instigator of deforestation and climate change:.

As a recent New Republic article points out,

The livestock industry directly produces more greenhouse gas than the ocean of petroleum burnt to power all the world’s planes, cars, ships, trains, and trucks. Abolishing the livestock industry and replacing it with vast new forests could achieve more than electrifying the entire transport sector, and it would be easier and quicker to accomplish because it requires no new technologies or dramatic infrastructural change.

To do so requires behavioral change, no easy thing. It needs to begin with the wealthy nations who consume the most meat.

With the third world poor, we must think long-term and invest in strategies that grow sustainability and encourage less dependence on livestock. As is, Africa, for example, contributes only 3.8% of emissions contributing to global warming, yet remains extremely vulnerable in its agricultural dependence on rainfall, now projected to decrease up to 50% in the next decade.

In actuality, some 1.3 billion people globally, directly or indirectly, support an estimated 600 million poor smallholder farmers in third world nations, with livestock one of the fastest growing agricultural sub-sectors in developing countries.

Given the exponential consequences of climate change, this poses apocalyptical consequences in coming decades. The burden must rest upon affluent nations in the meantime as developed nations transition to a new economic paradigm.

The need for brevity curtails my wanting to write more fully on a complicated subject with no simple, reductionist solutions. Forgive my seeming digression from the matter of trees, whose fate remains inexorably linked to our own. 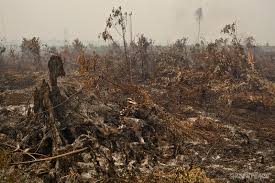 When we hear of deforestation we’re apt to think of Brazil with its persistent denigration of the Amazon jungle.  But an equally bad scenario is that of Indonesia, with half its rich forest tapestry now gone and complete decimation a mere decade away, all for the sake of plantation (usually for palm oil) and logging profits.

A heartless calamity in the making, it has consequences ultimately for all of us.  Consider, for example, that Indonesia ranks third in species diversity after Brazil and the Democratic Republic of Congo.  More specifically, it’s home to between 10 and 15 percent of the earth’s known plant, mammal and bird species.  It’s also residence for tigers, rhinoceroses, and elephants, increasingly refugees from a reduced or degraded habitat.  Soon the unique orangutan and Sumatran tiger may vanish into memory. 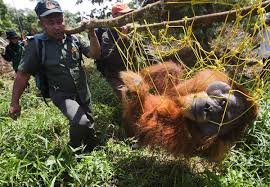 While the central government in Jakarta has tried to impose a moratorium on logging, it goes on unabatedly in many distant local areas where law enforcement is rare.  Consequently, Indonesia is now the world’s third largest emitter of greenhouse gases, which promote temperature rise.

Financial incentives topping a billion in U. S. dollars are now underway, but their success remains in doubt, given widespread political corruption.

What’s going on in Indonesia affects not only many of its citizens displaced by plantations, but the global village as well.  Indonesia’s vast peatlands store an estimated 35 tons of carbon.  Burn or drain them and you release their warming carbons into the atmosphere.

Several weeks ago the UN’s updated report on global warming made headlines.  While deliberately opting for a subdued, or conservative report, to avoid ridicule as alarmist, it warns of an approaching irreversibility in limiting global warming if we continue at our present pace of carbon emission.  As the UN report panel’s co-chair warns, “Climate change is the greatest challenge of our time.”

Unfortunately, there still exists a minority of skeptics even among scientists, who primarily proffer up the now recognized slowing-down of temperature rise over the last fifteen years.  The truth is that no one really knows why.  While acknowledging this, the report suggests it may be a matter of variability, or simply a cyclical pause, or staircase effect.  In the long term, however, it suggests tides by century end of up to three feet.  (Other reports put it at five feet.)

Regardless of the debate, the fact remains of our witnessing forest carnage in places like Brazil, Indonesia, and the Malayan archipelago with resultant permanent ecological loss and diversity reduction with unknown consequences for all of us.

If we could invest in humanity’s ultimately viewing its relationship with nature as one of dependence rather than exploitation, then we would surely find our way out of this morass; but this is an unlikely hope, given our seeming inveterate instinct to pursue self-interest rather than collective good, abetted in turn by ignorance and indifference.