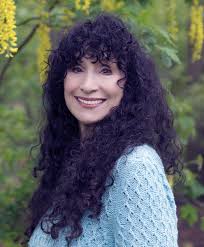 I’ve always had an affair with nature, relishing its solitude away from the human world. I’ve loved nature even in its changing moods that can be intolerant of human frailty and frequent arrogance. With every dawn, I relish the birth of a new day and miracle of life, the weaving of elements into chance molecules over vast stretches of time. I am sensitive to the many wounds we inflict upon her, not without consequences that now imperil us.

I like keeping company with those who cherish nature. Frequently, they’ve been writers like Thoreau, Muir, Carson, and Leopold, but sometimes contemporaries too like Diane Ackerman, whose delightful Dawn Light: Dancing with Cranes and Other Ways to Start the Day (2009) I recently finished. Like her A History of the Senses (1990), Dawn Light offers readers a sumptuous prose cadenced in chiseled syntax, metaphor, and sensory indulgence, served up in nearly poetic guise, rendering palpable nature’s miraculous redolence. (Yes, she really does write poetry as well as books steeped in nature.)

Take, for example, her fondness for Monet, who appears often in the book beginning with its Prologue, serving as a template for detailed focus on nature’s minutiae we’re likely to miss, surprising us with her eclectic acumen that gathers in history, literature, and art, as well as botany, physiology and psychology.

Ackerman, who can fly a plane, has traversed the Amazonian jungle, herded horses on a New Mexico ranch, fast walks fifty minutes daily, come hell or high water. She’s super woman with a Cornell Ph. D. and twenty books under her belt, one of them, The Zookeeper’s Wife, turned into a successful movie.

A scientist by training, she typically resorts to a schema, or categorization, to organize and develop a singular subject. In her acclaimed, A History of the Senses, each of the senses is treated separately. So here, the seasons at dawn serve as spinal artifice.

Dawn is the wellspring of more light, the origin of our first to last days as we roll in space, over 6.684 billion of us in one global petri dish, shot through with sunlight, in our cells, in our minds, in our myriad metaphors of rebirth, in all the extensions to our senses that we create to enlighten our days and navigate our nights.

I’m in awe of everything she writes in Dawn Light, not only by what she says, but how well she says it, putting readers in touch with nature’s visible and vaster invisible realm of teeming minutiae, helping us recover what we took for granted or never knew, while unfailingly demonstrating the intersection of ourselves with Nature’s stratagem to which we owe our being.

Take, for example the Spring season, with which she begins her narrative and its association with rain:

When I read Ackerman, I feel impoverished and the fault is mine, so much unseeing, so much missed, the miracle of it all and only one life to bear it witness. Ackerman helps me recapture nature’s wonder and its joy, if not sacredness. I want not only to relish it, but fight for it in a monetary world of greed and indulgence that frequently bulldozes its verdure, eliminates its creatures, never to be passed on to our children, evolution’s creations through aeons of time, of which we are not even a wink:

It is said that Audubon once killed seven whooping cranes with a single buckshot blast. In the 1940s only 15 whooping cranes survived in all of America, and their future seemed grim; by the 1990s, the wild flock had grown to only 133.

And again, that interconnection:

The lost cranes join a list that forms automatically in my mind, where many calibers of loss are stored: things once here but now gone, things in the process of vanishing, things that have mutated, things that exist but are unrecognizable, mythic things which never existed, people or animals who have died, bygone periods of one’s life. All rankle, and yet a sense of loss and forgetting unifies my life, and so do the many things that surprise me by being resistant to loss, such as a college friendship renewing itself and thriving thirty years later, while others may gently decay like old driftwood.

To read Ackerman appreciably requires an a priori passion for nature and quiet, if not reflective mood, for in reality, Dawn Light consists of meditative essays, mindful of nature’s extraordinary acumen for adaptation and survival.  Impatient readers are likely to find Ackerman’s writing, in general, not suited to their palette, its lengthy sentences, entangling, its subject matter, at times, digressive.  Others, like myself, will relish its indulgence as emblematic of sincere passion for both nature and language.  Ackerman asks, “How do you explore the texture of being alive?” Dawn Light shows how.

It’s clear that Ackerman is word conscious, adept at metaphor and, yes, a sensitivity to the yielding possibility of every sentence for rhythm and resonance.  While all of her books are worth a read, Dawn Light may be her most breathtakingly beautiful.