My daughter has been complaining in her recent emails about a family on her street in Bellevue, WA.

They’ve cut down two lovely Douglas fir trees, the kind that startle Easterners like me not used to arboreal skyscrapers, many of them magisterial in their silent dignity bequeathed by longevity.

Bellevue, a fast growing suburb adjacent to Seattle, still enjoys a fecundity most urban areas in America can only envy. When I was there a few weeks ago, I relished walking myriad needle softened pathways of the city’s several forested trails bisecting an urban landscape. Apparently, however, the area has also attracted a newer influx indifferent to the charms of a bucolic setting.

These neighbors complain that their trees were messy. They tired of the needles falling on their roof and car. Around the corner, another neighbor recently did the same thing for the sake of planting a garden free of shade. In its slovenliness, it appears she’s made things worse, not better.

Meanwhile, the company that’s done the cutting directly goes about soliciting customers door-to-door on a regular basis. One of the cutters bragged to my daughter, obviously relishing her displeasure, that he likes chopping down trees.

Unfortunately, we live in an America that prides itself on a free economy, with consumers having sovereignty over their choices. Sadly, in this case, these individuals opted to buzz-saw these magnificent sentries of public health into oblivion for convenience sake.

It’s the way things work in a mutual exchange between the entrepreneurs of the market place, motivated by money, igniting consumer sentiment often detrimental in its long term consequences; for example, alcohol and cigarettes. George Akerlof and Robert Shiller, Nobel Prize winners, term it a “manipulation of focus” in their insightful new book, Phishing for Phools: The Economcs of Manipulation and Deception (Princeton University Press).

Phishing is their term for business interests that phish (i. e., angle) to get phools (consumers) such as you and me to do their bidding to the detriment of ourselves. Think banks, pharmaceuticals, real estate agents, etc.

There are two kinds of phools: those who fall for the falsity of the phishers’ claims and those, the vast majority of the public, who succumb to their own emotions, prone to making bad decisions simply because they initially feed their emotional wants. You see  this in matters of health where our predominant diseases such as atherosclerosis, diabetes and often cancer arise from faulty lifestyle choices such as the wrong food, overeating, indulging in alcohol, or not exercising.

It’s this way of doing things, in this case, overblown avarice with its bubble effect that led to the colossal recession of 2008.

In sum, what’s been happening in my daughter’s neighborhood, threatening its pristine uniqueness, is a facsimile of the phisher-phool conundrum writ large, neighbors manipulated into opting unwittingly against their long term interests.

Maybe you think this is all nonsense. Property owners have the right to do as they like.

But have they the right to harm the public-interest, given the menace of air pollution and global warming, by cutting down their trees?

We aren’t disconnected beings. Yes, we are our brothers’ keepers.

Bellevue government needs to get itself in gear. Trees are public domain just like telephone poles and street lights. Good government is on to this. Consider New York which just completed planting one million trees or Boston which plans to plant 100,000. 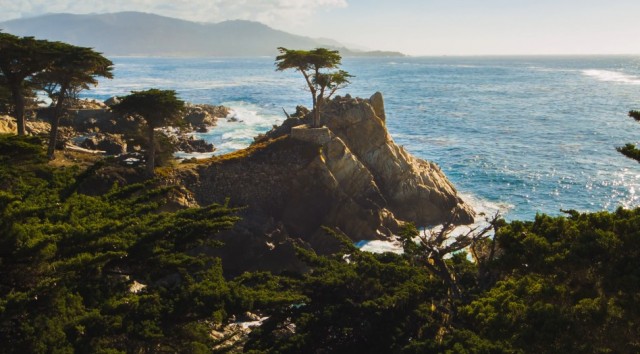 The other day I perused the well-stocked magazine rack at my local Kroger and surprisingly came across a special Newsweek issue intriguingly entitled, “100 Places to Explore Before They Disappear.” Teeming with stunning photography you’re accustomed to seeing in magazines like National Geographic, it whets your appetite to get about and see some of these places, six of them right here in the USA. But the rub is that, given the rapidly accumulating consequences of climate change, you’d better do it soon.

As Christiana Figueres, United Nations Climate Chief, cautions, “There is no doubt, if elevated climate is not addressed, it presents a huge risk to many geographic regions around the world, particularly to low-lying islands and to coastal cities.”

As I see it, the catalyst behind these impending geographic upheavals comes down to water, either too much of it (e.g., rising sea levels) or too little (drought).

Let’s start with the USA: If there’s one place I absolutely adore above all of California’s myriad tapestry of exotic beauty, it’s Big Sur, hugging the central California coast for 90 miles between Carmel and Ragged Point.   For me, it’s a sacred place in its remoteness, adored by one of our most articulate poets on the environment, the late Robinson Jeffers, whose home is there. Severe drought conditions have converted this once verdant mountain area into a virtual tinder box. Just last year, a devastating forest burned 1000 acres and destroyed 34 homes. It happened in December, not in summer. Last year was California’s hottest year ever recorded. Severe drought and record temperature highs are continuing this year.

Other American vistas in danger:

The Florida Keys from Key Largo to Key West has experienced a sea-level rise of nine inches over the last century, threatening its ground water supply. In the next fifty years, experts are predicting that figure will double.

New Orleans, devastated by Katrina a decade ago, continues to struggle to find ways to protect itself from future storm surges, while concurrently sinking six feet below sea level.

The New Jersey shore, stretching 130 miles, has increasingly been exposed to flooding and erosion. Experts predict worse flooding over the next several decades.

The Newsweek issue doesn’t mention other American places under siege like Miami, Boston, Las Vegas and Los Angeles, the latter two running out of water.

It doesn’t get better anywhere else: In fact, it gets worse, especially in Africa with its already burgeoning population confronted not only by poverty, but political, religious and ethnic instability. Its once teeming wildlife, increasingly encroached upon by poachers, will in all probability disappear into memory, given the added stress of climate change with diminished rain and rising temperatures.

Meanwhile, in a throwback to Nero, Congress fiddles while America–and the world– burns in a costly game of partisan politics and subservience to fossil fuel lobbyists. Some not only deny the human contribution to climate change, but climate change itself, ludicrously placing themselves on equal footing with credentialed scientists.

I think again of Robinson Jeffers and his prescient poem, “Shine Perishing Republic,” with its theme of the American dream settling into “the mould of its vulgarity, heavily thickening to empire/And protest, only a bubble in the Molten Mass, pops/And sighs out, and the mass hardens.

It doesn’t have to be this way. While we aren’t able to halt climate change, the consequence of our dependency on fossil fuels, we can mitigate its effects. The lesson of evolution is the necessity of adaptation for an entity to survive. Thus far, we’re not doing very well at that.