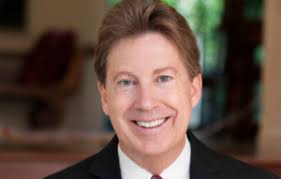 Death has many doorways. Yet most of us go by way of heart disease, cancer, or respiratory disease; in fact, 50%.

The good thing is that we can preempt these diseases, if not reverse them through lifestyle changes.

Not so when it comes to Alzheimer’s disease, ranking sixth for causes of mortality. Shockingly prevalent, some 5.4 million Americans have it, with 200,000 of them below the age of sixty-five. All of them will die.

Estimates have it that this number will swell to 14 million by 2050.

Alzheimer’s differs from other types of dementia in that ultimately you become totally unable to perform normal body functions and require round the clock monitoring. You also lose long and short term memory. Alzheimer patients live in an eternal present. There is neither a past or future.

Aside from stroke, it may consequently be the illness we fear most.

But it could be that a breakthrough has appeared, thanks to the diligent clinical research of neurologist Dr. Dale Bredeson at UCLA, who has researched the disease for 30 years. For the first time, we have evidence that those strictly heeding his protocol can both prevent and even reverse early Alzheimer’s. The proof lies in some 200 plus survivors of mild cognitive impairment (MCI) and early stage Alzheimer’s who’ve experienced either remission or reversal.

Bredeson details his research in his just published (2017) The End of Alzheimer’s: The First Program to End and Reverse Cognitive Decline.  When I learned that Maria Shriver enthusiastically endorsed the book, along with several respected neurologists on the forefront of Alzheimer research, I was hooked.

In September, I lost my sister, though probably due to vascular dementia, not Alzheimer’s. Additionally, I had already become more sensitive as an older person to the the plight of those confronting cognitive decline in either themselves or their loved ones and, of course, my own potential fate in growing older.

I’ve now read the book, difficult going in some places because of the underlying genetic and chemical factors involved, but worth your time, though Bredeson says you can skip such chapters if you want. I read the entire book in three days, virtually mesmerized.

Presently, there are four principal drugs used to treat Alzheimer’s. At best, while perhaps relieving confusion or memory loss, they’re ineffectual in halting the ultimate ravages of this progressive illness.

Bredeson attributes this to the current medical paradigm of treating Alzheimer’s as a single disease rather than the consequence of several contributing causes. Almost always, Alzheimer’s is described as simply a build-up of beta-amyloid and tau proteins, resulting in abnormal plaque deposits that damage brain cells and promote consequent memory loss. Find the right pharmaceutical formula—and bingo!—you’ll slow or prevent the disease.

As to what causes the excessive amyloid/tau accretion, conjectures exist, but none of them validated. As with virtually all contemporary medicine, we treat the symptoms rather than cause.

Bredeson proposes that Alzheimer’s is primarily a response to inflammatory insults (e.g., infections, or trans fats, sub-optimal nutrients, trophic factors and/or hormone levels, toxic compounds including bio-toxins such as those from mole or bacteria), any and all of which contribute to an imbalance between reorganization of older and newer synapses, the latter not sufficiently produced to replace the former synapses and enhance healthy neuron molecule production.

Bredeson further contends there are three subtypes of Alzheimer’s inflammatory response initiated principally by the common genetic variable ApoE4, each requiring its own treatment protocol.

75 million Americans carry a single copy of ApoE4, giving them a 30 percent risk for the disease. If you have two copies of the ApoE4, one from each of your parents, you have a substantially higher than 50 percent risk for developing Alzheimer’s. Presently, that’s 7 million of us.

Symptoms of Alzheimer’s usually appear when you’re in your sixties or seventies, traceable in blood-work that identifies your subtype, requiring a specific treatment protocol, though we know Alzheimer’s can sometimes occur earlier.

Obviously, genetic evaluation is required as a starting point in treatment. Catching Alzheimer’s in its early stage, especially when asymptomatic, may halt or slow its progression. Simply following the present medical scenario of trying to reduce amyloid-beta production is ineffectual unless its inducers are eliminated.

Everyone 45 and up should undergo a “cognoscopy,” or genetic and blood work-ups, Bredeson contends.

Bredeson’s treatment formula, called ReCODE, is potentially expensive, requiring in addition to the usual lifestyle formulae of a healthy diet, sufficient sleep, exercise,  elimination of stress, numerous supplements, and brain exercise. In short, such treatment would seemingly exclude those with marginal income.

You may also find it difficult to locate a ReCODE physician in your area, although word is spreading and more physicians are practicing it.

Bredeson’s ketogenic diet recommendation, not the previously reported Mediterranean diet, may likewise prove challenging, if not unpalatable for many, requiring substantially reduced carbohydrate intake, replaced by healthy fats. No sweets or grains. It also includes twelve hour fasting daily. Meat choices should derive from grass-fed beef and free-range chickens. Be careful about mercury laden fish like tuna. Alaska salmon is your better choice.

Chapters 8-9 detail 36 factors that individually or collectively may induce Alzheimer’s. Eliminating these is essential and requires discipline, which perhaps many, even if they can afford treatment, will find difficult. You simply can’t cheat. Alzheimer’s doesn’t take holidays.

Bredeson also gives readers sample programs that two of his patients with mild cognitive impairment have pursued successfully, with the caveat that the regimen must be life-long.

Refreshingly cautious, Bredeson isn’t proposing he’s actually found a cure, but rather that those in Alzheimer’s early stages heeding his research-based protocol faithfully have proven to be successful thus far. Depart from the regimen in even minor aspects and you’ll retrogress.

As he’s commented elsewhere, “The longest we have a person on the program is four and a half years. We’ve not had a single example yet out of hundreds in which someone has gone on the program, gotten better, stayed on the program, and then gotten worse.”

This is good news!
—rj