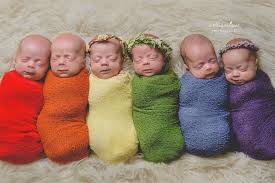 Have you been following today’s trend in baby names? Whatever happened to names like George, Susan, Henry, Robert, Marvin, Kenneth, and Molly?

Names typically follow fashion and fashion, of course, changes just like clothing, hairstyles, and music favorites. We’ve this passion for the new, the trendy. For something that sets us apart. That says, “I am!” We want this for our kids as well.

It used to be fairly common to name a first born boy after his father, but this has likewise tumbled out of fashion.

Religious folk are still drawn to biblical names like Joshua, Noah, Ethan, Matthew and John, though lots of people simply give their boys these names oblivious of their origin.

Sometimes parents are drawn to names of a TV or movie character such as Noah, Gabriella, Sidney, and Tristian.

Others associate a name with someone who’s impacted their life. I named my daughter after a cousin I’ve kept in touch with over a lifetime. Along the same lines, I’ve heard that Barack is increasingly popular.

Then again, sometimes we just like the sound of a name. I’ve always like Allison, Loran, and Natalie, for instance. My sister named her boy Michael, thinking it had a masculine ring to it, though ironically girls increasingly go by this name.

Today, a lot of parents want something unique, or a name their child’s unlikely to share with others. One of the things in this trend is that parents wlll vary a popular name, say rendering Noah into Noe, for example.

Racial and ethnic minorities have their own way of naming. Up to 30% of black girls, inspired by Black identity movements, have “invented” names to sound African such as the polysyllabic Shaniqua or Kadesha. Among boys, Jamal (Muslim), and DeShawn, a syntactical variant of Shawn are common.

Hispanics, on the other hand, though not averse to Anglo names for girls, overwhelmingly choose those terminating in the Spanish feminine –a like Isabella and Valentina.

One last observation related to choosing a name that stands out is the now frequent use of surnames for first names. Take my three grandchildren, Lincoln, Cole, and Hunter as examples. The Chinese have been doing this for years of course, the surname occurring first. One of the most popular boy names these days is Mason.

But what does it matter anyway? As Shakespeare famously put it in Romeo and Juliet, “What’s in a name? That which we call a rose by any other name would smell as sweet.”