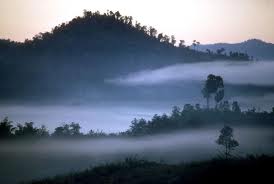 I finished Carl Safina’s The View from Lazy Point yesterday, and I’m feeling an empty spot, or something missing, after spending several weeks in silent discourse with this eloquent work.  Safina, a MacArthur Prize recipient, is well known in the conservation movement.  Recently, Audubon magazine listed him among the 100 leading conservationists  of the last century. He’s the founder of  the Blue Ocean Institute.

Safina could have been a poet, given his metaphoric penchant and passion for seeing what most of us miss in the delicate tapestry of nature and our role in its weave.  If the book has a constant, it laments humanity’s increasing indifference to that world beyond itself, a callousness to its intrinsic connection with nature at large, and a harbinger of its penchant for self-destruction.  With coal-fired power plants belching carbon in exponential quantities into the atmosphere, our insatiable appetite for material goods, our conflation of growth with well-being, the explosion in our numbers, we are depleting our resources, accelerating climate change, and imperiling our children and grandchildren.  We live for today, impoverishing tomorrow

Every act has its consequence for good or bad, and now we live in a world where flora and fauna lie increasingly threatened, the seas emptied.  Even our trees, those sentries protecting us from breathing carbon dioxide’s toxic fumes, are in decline, decimated by disease, drought and a chainsaw pursuit of material gain and comfort.  Each year, the birds are fewer, the water tables of nations more contaminated or declining, the seas relentlessly rising.

At times, Safina nearly loses it, tongue-lashing market greed and political connivance.  He’s traveled to all the world’s environmental hot spots and, universally, the message is the same: man’s degradation of  the planet with its calamitous consequences.

Several scenarios standout in the book, one of which had all the earmarks of potential violence when Safina and a friend find themselves confronting a pick-up driver who’s  come to the Long Island shore to shovel horseshoe crabs into the bed of his truck.  Horseshoe crabs have been here for 450 million years, surviving even the extinction of the dinosaurs.  Individuals can live up to twenty years.  After all that, even these well-adapted creatures are facing depletion as a consequence of humans. They are now used for bait.

Shafira manages to drive him off, only to find he’s been replaced by scores of pick-ups in the early morning.  New York state may have reduced its quotas, but who’s watching?  As Safira remarks, “There is something in man that hates natural abundance, and something that clings to excess” (p. 196, Kindle edition).  Without horseshoe crab eggs, migrating shore birds cannot find the sustenance to complete their journeys.  We live in a world of delicate linkage.  Destroying one entity in that linkage doesn’t confine its results.

This book isn’t for the faint-hearted.  It gives you the trenchant truth; still, it also offers hope.  After all, when man has cared, he has succeeded.  Peregrines, bald eagles and red-tailed hawks show increased numbers.  Once they were threatened species.  But such successes are all too few.  Between 199 and 2005, horseshoe crab eggs have declined 90 percent along Delaware Bay.  Concurrently, Red Knots have declined 80 percent, or from 150,000 to around 30,000 (p. 138, Kindle edition), and here we’re considering just two species.  By 2021, some two thirds of animal and plant species will be gone.

Safina sounds the alarms at the end of his book:  “For twelve thousand years or so, humanity has lived in a period of very stable climate.  That stability has been the climate envelope for all of civilization so far. Now we are committed to leaving that stable period for points unknown. It’s humanity’s most hazardous journey yet” (pp. 349-50, Kindle edition).

Not many seem to be listening.