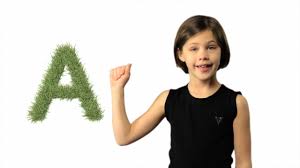 We all have hobbies or special interests. Mine has been studying languages. As a child, it literally became an obsession. I’d buy paperbacks with my meager allowance, seemingly offering a pathway to fluency in German, a language I desperately wanted to learn given my brother’s return from post-war Europe with a German bride.

On one occasion, I made the long trudge, several miles, to the voluminous Philadelphia Library on Benjamin Franklin Parkway, checking out several books in Russian. When I got home, I must have somehow fantasized that this new tongue in Cyrillic would instantly dissolve into comprehension. No such luck!

In subsequent years, I pursued some thirteen languages more or less, but several very seriously. I took Latin, French, and German in high school; had to read Beowulf in Old English as part of my Ph. D., took language courses in France and Mexico, and traveled much of the world.

For all this, I still don’t speak any of these languages with any fluency, not because they’re difficult, or I lack discipline, or due to inadequate exposure, but simply because I don’t hear well, never really have, and it’s gotten worse, forcing me to resort to hearing aids a decade ago.

Only recently did I figure things out why I wasn’t mastering these languages orally. Years ago, a colleague, who was a professional speech therapist, gave me a hearing test. It showed significant hearing loss.

Sometimes this happens to a great many of us as part of the aging process, but it happened to me a lot earlier. I know genetics can play a role and that my mother became totally deaf later in life.

If I underwent an illness of some sort when I was little, I don’t have any family members around to tell me.

It’s not fun being hearing impaired, which makes me aware, compassionately so, of the lot of those born that way.

As is, my tendency to not hear, mishear, and sometimes invent can border on the edge of absurdity, softened on occasion by the confused, tolerant silence of my listeners, mostly my long-suffering spouse who, like other females, save maybe for a low voiced Lauren Bacall, I cannot comprehend in their high pitch lanes.

Writing in The New York Review of Books (December 7, 2017), Jerome Groopman spells out my dilemma, as well as for many others with diminished hearing:

Several years ago, I noticed difficulty hearing: testing showed diminished perception of high frequencies, a common consequence of aging. Hearing aids were prescribed, which helped to amplify sounds but weren’t a complete remedy. Background noise in restaurants made it difficult to discern the conversation of dinner partners, and I often missed muttered dialog in movies. Most vexing was what Oliver Sacks termed  “mishearing”—I thought I heard certain words, but they were distortions of what was actually said, and my response corresponded to the distortions. For example, recently a scientific colleague told me he was going to a conference in Milan. I heard “Iran” and replied that he was sure to be harassed at US Customs given Trump’s travel ban. He looked confused.  “Since when is Italy on the list?”

My hearing has gotten so bad that I recently explored getting a cochlear implant, but then surprised the university staff, including my otolaryngologist, when tested with a hearing aid in separate ears, I scored 93 in the left ear; 89 in the really bad ear. I thought maybe I’d somehow outwitted the test, but they told me they’d recently toughed it up. My accompanying MRI brain scan showed no evidence of any tumor.

In a Mexican restaurant a short time later with my wife, the same damn problem, a tsunami of background noise drowning out any semblance of meaningful conversation.

Recently, I’ve been combing the Web to find available ASL classes, either on site, or online, feeling that a deadline is nearing when I’ll not hear anything at all. Sign language works for the deaf. Maybe it can work for me.

But American Sign Language, what’s taught in North American, can be a formidable challenge in itself, requiring lots of practice and finger dexterity. You also need a partner, so my wife would also need to learn it.

I didn’t know until Gerald Shea’s recent insightful book, The Sounds of Silence, that Sign Language, that nearly universal fixture of communication among the deaf, or so I thought, faces its own imminent demise, given the rise of cochlear implants and the increasing dominance of the oral approach, which seeks to encourage the deaf to acquire spoken language. I think this is wrong and a revival of a sort of the historical cruelties imposed upon the deaf in past eras, sometimes torture.

Until Shea’s book, I hadn’t any knowledge of these cruelties. The Byzantine Justinian Code, for example, disallowed the deaf from inheriting property.

At times, the deaf were tortured, with hot coals pushed into their throats to force them to speak, or catheters twisted into the nasal cavity and shoved down into the Eustachian tubes, or burning liquids poured into drilled holes in the skull.

Sign language began in earnest in mid-18th century France with a priest, Michel de l’Épée who believed that seeing could replace hearing in learning concepts.

In the early 19th century, Roche-Ambroise Auguste Bébian, who had normal hearing, mastered French Sign Language and did much to emancipate the deaf.

Bébian’s methodology spread to America, and the American School for the Deaf was founded in Hartford in 1817, arousing disdain from oralists from the very beginning, who associated sign language with primitive people.  Oralists believe that the deaf can learn to hear and speak.

Unfortunately, I only recently learned that oralists have won the debate, as only a minority of the deaf learn sign language today. With the exception of Gallaudet University, the vast majority are mainstreamed, with classroom interpreters employing coded systems.

Additionally, cochlear implants have abetted the oralist approach, with 80% of those born deaf now fitted in the West with these devices. Implants, unlike the hearing aids I use, which merely amplify sounds, transmit sounds directly to the auditory nerve. In the U. S., cochlear implants is a $5 billion annual industry.

Research indicates cochlear implants, while beneficial to those with impaired hearing, are substantially less so for those born deaf.   Those favoring the implants, however, have predicted that within a few decades, signing will be gone.

Shea argues that cochlear implants are measured in labs, which don’t mirror life in the outside world. A British test found that children fitted with the devices were no more educationally advanced than those with hearing aids. Likewise, a University of Toronto study found that children fitted with cochlear implants didn’t fare any better than children with hearing aids. And with both, background noise made things worse.

The sad truth, as a French study shows, few children fitted with the cochlear develop “intelligible” speech. As those children grow older, they frequently resort to sign language, avoiding the strain to hear with the devices.  Sign language, on the other hand, affords them both fluency and dignity.

As Shea concludes, depriving an individual of his or her language denigrates their identity.

3 thoughts on “Does American Sign Language (ASL) Have a Future?”