The war on cancer: New treatments lock-out most of us 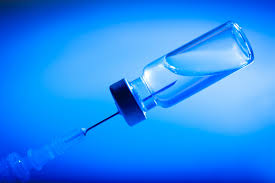 Death has many doorways, none of them particularly pleasant, but some downright gruesome, cancer for instance.

My father died from lung cancer at age 79. That’s a generous portion of life, when you consider the mean is several years less. Nonetheless, I remember his final hours at the Veterans’ hospital in Chelsea, MA, strapped to his narrow bed, and the moaning that even massive morphine couldn’t assuage.

And then there was my brother, Donald, so full of life, with robust talent and zeal to harness success. I had been doing a seminar at Claremont Graduate School in California that summer in 1979. Weekends I’d spend with him and his lovely wife, Barbe. Six months later, the devastating news of brain cancer, immediate surgery that made him no longer Donald, and death seven months after–cruelly, on his birthday. He had turned 47.

Then there’s my niece, Denise. She passed away several months ago from myeloma dysplasia (considered a blood cancer malady). I had spoken with her on the phone several months earlier. She’d been eagerly looking forward to her upcoming bone marrow transplant from brother, Richard. Initially, it went well, then relapse. She was 57.

Two of my siblings survived cancer. Ruth was experiencing intestinal distress suggestive of colon cancer, but doctors at the local hospital failed to find anything wrong after administering a CT. Thanks to my niece’s insistence on a second opinion, doctors at Massachusetts General, doing their own CT, found a baseball size tumor, diagnosed as Stage 3 cancer. They seem to have got it all in the surgery the very next day.

My brother David received chemotherapy and radiation for his colon cancer, following surgery. Proving the cure can be as devastating as the disease, radiation destroyed his digestive capacity, subjecting him to a hugely diminished quality of life.

I realize this is painful reading, but cancer insidiously invades our life premises in one way or another despite our efforts to wall it out. We get nowhere “crossing the street” to ignore it.

One thing about cancer is it is impartiality. It respects neither age, wealth, nor origin; the pious or the amoral.

One of its monstrous cruelties is when it ravages children. It’s what the Jimmy Fund is all about.

I remember how, in 1971, President Nixon, meaning well, declared war on cancer. Now, forty-five years later, it continues to assault many millions. Recently President Obama renewed that war in this year’s State of the Union address, pledging $1 billion for new research.

Each year, more than 500,000 Americans succumb to cancer.

That surpasses by more than 100 million the toll of American deaths in all of WWII!

Even more ghastly, 14 million Americans have the disease right now!

But there’s good news to be had as well: a 21 percent drop in cancer mortality from 1991 to the present.

This may result from a more knowledgeable public, making lifestyle changes that include giving-up smoking, exercising more, eating healthier foods, undergoing yearly physicals, and taking advantage of screening venues that include colonoscopies and mammograms.

The problem is that these trials are often highly specialized, focusing on rare, sub-category cancers.

Additionally, there are all too few trials available even for those who qualify.

Frequently, doctors contribute to the dilemma, refusing to recommend patients for inclusion in a trial or committing to a new approach until the traditional cancer options of chemotherapy, radiation, and surgery have proven ineffectual. In short, it’s imperative we advocate for ourselves, keeping aware of new methodologies and of doctors and cancer centers on the cutting edge.

Former president Jimmy Carter, however, lucked-out. On August 20, 2015, he made public that he had melanoma induced cancer that had metastasized to his brain. With a 3-5 pound tumor, experts gave him only several months to live.

Along with radiation, his treatment protocol included infusion of pembrolizumab (keytruda), one of several of the new immunotherapy drugs employing the immune system and endorsed by the FDA for those having exhausted other therapies.

On December 6, 2015, Carter shared the good news that his recent brain scans were negative for cancer.

This would seem to bode well for the rest of us that the day may be coming when we’ll see the scourge of cancer pushed back, sparing ourselves and our loved ones.

But keytruda doesn’t come cheap at $150,000 for a year of treatment. For seniors, the most prone to cancer, Medicare, which won’t even pay for your glasses, hearing aids, etc., isn’t likely to cough up money for your treatment any time soon. Same story with private or employee insurance.

Fame and fortune access, as always, the best medical care. The poor and minorities needn’t apply.

But let me add another caveat to all of this: immunotherapy, while promising, is hardly around the corner as a standard protocol any time soon. Was Carter actually cured, or is this simply cancer’s quirky finesse to tease with remission rather than resolution?

Beware media hype! In the trials for keytruda, 76% of 173 patients receiving the drug didn’t see their tumors shrink.

In the follow-up on those who did experience tumor shrinkage, the time element was a paltry 8.5 months. Normally, we’d like to view things in a five-year context.

As I see it, however, it’s the prohibitive cost factor that largely hinders the delivery of effective cancer treatment, delaying the finding of a cure.

In summing up, though life and death are inextricably bound together, we prefer avoiding any discussion of death and do our best to masquerade its occurrence.   On the other hand, when we confront our mortality we enter into the larger, more important question as to how then ought we to live?

We may not have an an answer to the riddle of cancer in our lifetime, but we can defy it with courage and living out our destiny with human sympathy and loving kindness,   indulging  in each new day as unique in its capacity to enthrall with the cornocupia  of life.

Retired English prof (Ph. D., UNC), who likes to garden, blog, pursue languages (especially Spanish) and to share in serious discussion on vital issues such as global warming, the role of government, energy alternatives, etc. Am a vegan and, yes, a tree hugger enthusiastically. If you write me, I'll answer.
View all posts by RJ →
This entry was posted in Health and tagged cancer, chemotherapy, Health, immunotherapy, Jimmy Carter, keytruda, medical trials, radiation. Bookmark the permalink.

1 Response to The war on cancer: New treatments lock-out most of us