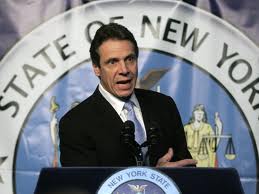 Later, in an open letter to the New York Post, he claimed his remarks had been distorted.   Here, I’ll take him at his word–that he meant that the New York electorate won’t tolerate such views.  Judging by recent elections, he’s right.

Still, the genie is out of the bottle and his phrasing unfortunate, if not symptomatic, of an increasingly trenchant political milieu, though I admit that politics hasn’t ever been a safe place to venture, even at the private level.

I’m further dismayed that much of the current incivility comes from the Progressive wing of the Democratic Party, intolerant of those who disagree with them, subjecting them to highly charged labeling, caricature, and derision.

It didn’t help matters when Mylan Denerstein, counsel to the governor, later published a backtracking piece on the governor’s website, using the phrase, “extremist agenda” for those with such views.

Ironically, with one verbal swoop, the governor sloughs off the sincerity of millions of Roman Catholics and evangelicals who believe abortion to be a termination of a human being or that homosexuality isn’t biologically a genetic component, or gun advocates who believe the Second Amendment supports their viewpoint.

Let me make clear I don’t subscribe to their beliefs, but I do advocate strongly their right to their beliefs in keeping with the First Amendment:  “Congress shall make no law respecting an establishment of religion, or prohibiting the free exercise thereof; or abridging the freedom of speech….”

It’s time for all of us to quit throwing rocks at each other.  It solves nothing except to underscore an underlying insecurity about our views, spilling over into angry backlash rather than testing our beliefs in the arena of public debate.

Cuomo assumes this conservative element is both extreme and a minority viewpoint.  Does this mean that you judge the worth of an idea or belief by how many hold it, or the weight of public opinion?   As that “saint of rationalism, John Stuart Mill, cogently warned us in On Liberty (1859), majorities can ultimately consummate themselves as tyrannies repressing minority opinion even in a democratic context.

Minorities come not just in colors or ethnicities, but in beliefs as well. thus they also fall under the canopy of civil rights and need to be assertively protected.  Only one boundary should exist:

The only freedom which deserves the name is that of pursuing our own good in our own way, so long as we do not attempt to deprive others of theirs, or impede their efforts to obtain it (Mill).

Unfortunately, we’ve seen our liberty for divergent opinion increasingly eroded, ironically, often lurking within the bastions of academe and not just government or media.  Ideas, no matter how repugnant we may view them, deserve their exposure in public debate.

I think Jonathan Rauch, political commentator and Brooking Institute member, summarizes it quite well in his Kind Inquisitor:  The New Attack on Free Thought, Expanded Edition (Univ. of  Chicago, 2013):

A liberal society stands on the proposition that we should all take seriously the idea that we might be wrong.  This means we must place no one, including ourselves, beyond the reach of criticism; it means that we must allow people to err, even where the error offends and upsets, as it often will.

Are you listening, Governor Cuomo?