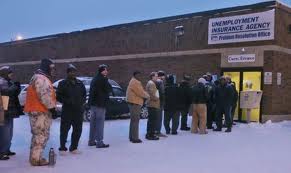 I turned on the TV while eating lunch yesterday to a feature called “Island Paradises,” thinking Hawaii or maybe some Caribbean gem like Dominica or St. Vincent’s.  Instead, it was about one man’s substantial investment, worth $28 million, in a plus 100 foot long yacht, sporting 3 recreational decks with pools, 7 bathrooms and 15 bedrooms, plus 3 bars and a below deck garage replete with several sleek motorized boats.  Docked in Ft. Lauderdale, it costs– Can you believe this?–$50,000 a fill-up.

I don’t know about you, but this kind of ostentatious display of wealth rankles me, not because I’m covertly envious, but because I think it represents excess and is just plain ethically wrong in a world of so many poor.  Again, I think of the 1% in my own country (USA), who own 37% of its wealth and whose income has actually increased since the economic downturn of 2008 (Pew Report, February 2013).  Meanwhile, hundreds of service food workers have staged walkouts in quest of a more sustainable minimum wage, presently $7.25 an hour. The average food service worker actually makes about $11 an hour, barely above the poverty line for a single parent with one child.

The President is compassionately urging an extension of unemployment benefits for 1.3 million presently receiving unemployment insurance.  (The total number of long term unemployed, however, stands at a stubborn 3.5 million.)  As he rightly put it in Saturday’s weekly address, “The holiday season is a time for remembering the bonds we share and our obligations to one another as human beings.”

It isn’t that the vast majority of these folks are free loaders.  It’s simply that they’ve been looking and can’t find work and that, by the way, is what the drop in unemployment to 7% really means, that thousands of despairing workers have simply given up looking for work. Unfortunately, the longer you’re out of work, the more companies shy away from you.  What’s more, in a strained economy, many companies are resorting to part-timers to circumvent having to pay benefits and to maximize profits.

What really hurts is when you’re past 50 and lose the job you’ve worked at a good many years, anticipating a reasonable retirement package just a few years up ahead.  This recently happened to a friend of ours, an engineer with a strong resumé in computer skills. Though he looked everywhere, he ended-up driving a school bus.  So even if you find work, you’re likely to find your sharply reduced wages sure to contribute to your continuing financial distress.  The situation for blacks and hispanics is even bleaker.

That yacht feature reinvests my thoughts as I write.  The obscenity of it!  The truth is, despite what conservative pundits tell you, a massive transfer of wealth is taking place in America and it’s not Robin Hood style from rich to poor.  Consider this from the Pew Report:

If Members of Congress don’t act before they leave on their vacations, 1.3 million Americans will lose this lifeline. These are people we know. They’re our friends and neighbors; they sit next to us in church and volunteer in our communities; their kids play with our kids. And they include 20,000 veterans who’ve served this country with honor.

In the meantime, House Speaker John Boehner, emerging as America’s Scrooge, has served notice of his opposition to any extension of unemployment insurance, set to expire December 28.

This is America.  We can do better than a yacht mentality of self-absorption, extravagance and indifference.