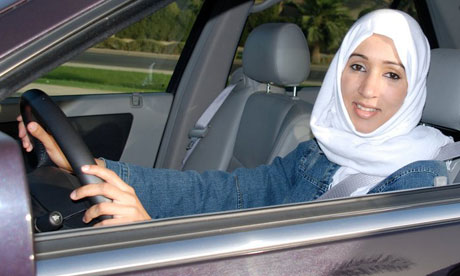 I have always cared a great deal about animals.  I don’t know where it comes from, but I remember as a child wanting to take in every stray dog.  In 1996, I adopted a vegetarian diet to align my lifestyle with my conscience.  I wish I had done so much earlier but, for too many years, I had simply subscribed unquestionably to a pervasive culture.

The role of culture, often reinforced by religion, makes for an interesting study, since it may well be the primary instigator of human behavior and, unfortunately, a seminal source for a myriad repertoire of injustice, malice and cruelty practiced by humanity pervasively across the centuries.  As moderns, while we’ve made progress, we’re still on a steep climb.

In India, a land bound by tradition much like other Southeast Asian nations, practices sanctioning discrimination inherent with an age old caste system fell with the birth of an independent India in 1947, inspired by Mahatma Gandhi and led by its first prime minister, Jawarharlal Nehru.  There are no more Untouchables, a formidable achievement that hints humanity can often mend its ways.

Earlier, in the United States, slavery was abolished through the courageous intervention of Abraham Lincoln, though it took a civil war, 600,000 deaths, and Lincoln’s own life.  Not long after, in 1867, Tsar Alexander III emancipated Russia’s serfs.

Not long ago, but only in 1920 under the 19th Amendment, did women achieve the right to vote in the United States.  It was as late as 1971 before women could vote in progressive Switzerland in national elections and not until 1991 that they could vote on local issues in all cantons.  At last, conservative Saudi Arabia will allow women to vote, beginning in 2015.  They’re still, however, prohibited from driving cars under penalty of imprisonment and/or flogging.  Disenfranchisement of women extends to many orthodox synagogues and Roman Catholic constituencies as well, barring leadership and voting privileges.  Catholic women cannot become priests, bishops or cardinals, the latter obviously eliminating their inclusion in selecting a pope.

In my lifetime we’ve made considerable inroads against the weight of traditional custom that forbade birth control, abortion and equal employment opportunity.  I grew-up seeing the last vestiges of segregation fall before activist resistance and court decree.  Currently, gays and lesbians are on the threshold of gaining their own civil liberties that include same sex marriage and adoption rights.  Looking back to a little more than a century ago, it seems incredulous that someone like writer Oscar Wilde would be tried in court and sentenced to a multiple year jail term, which ultimately broke the man.

I first became aware of the role of culturally sanctioned wrong doing in preparing to teach Voltaire’s satirical parody of custom in Candide, which I heartily recommend if you haven’t read it.  Slavery, militarism, the abuse of women, the hypocrisy of religion, they all receive their fair share of Voltaire’s scorn.  What really opened my eyes, however, was Voltaire’s taking on the scourge of war that continues to plague mankind, often buttressed with the sanctimonious verbiage of patriotic shibboleths and conferment of divine blessing.  As Voltaire astutely observed in one of his many letters, wars kill and maim far more than all our natural disasters.

As I’ve said, fighting to undo custom is still a steep climb, or hard sell. That’s what makes custom such an insidious threat: “But we’ve always done it this way!”  Like morning oatmeal, we imbibe the prejudices of our parents, who learned them from theirs.  Unquestioning, we adopt the status quo invested by time and institutions. Our brains dulled by habit, we believe what we’re told by our informed guardians: the government and press.  We find fact in the textbooks of our schools, oblivious to their omissions.  We like sameness.  We grow accustomed to our chains.

I give thanks to the avatars that make custom tremble by engendering new ways of thinking rooted in compassion:  the sanctity of animal as well as human life; the right to individuality; the implementing of economic equality; the elimination of political and religious oppression; the accessibility of universal health care; the end of pejorative labeling of the mentally distressed; the right to death with dignity; the healing of a wounded, dying Earth;  the elimination of the scourge of war.

They crowd into my mind:  Gandhi, Nehru, Lincoln, Goldman, Sinclair, Baldwin, Friedan, Sanger, Carson, Singer, Mandela, King, Mill, Voltaire– and so many more–emissaries of Light, their torches lifted high, showing the way to a better world.

I dream most of all of that day when it will truly “be on earth as it is in heaven,” and “they shall beat their swords into plowshares, and their spears into pruninghooks: nation shall not lift up sword against nation, neither shall they learn war any more (Isaiah 2:4 [KJV:  Cambridge ed.]).