My iPad as game-changer 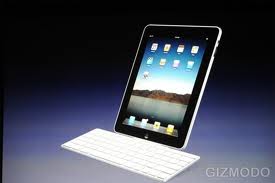 Buying the first generation iPad in July, 2010, has been a game changer for me like nothing else in town.  Let me tell you the how-so:

Reading: I thought I read a lot before, but it pales to what I do now; often I’m into several ebooks at a time and have to hold myself in check from downloading still more. In the last year alone I’ve read at least 20 books, maybe more. It helps that I’m increasingly exposed to new titles and book reviews, having access to applications like iBooks, Kindle, and Nook along with Publishers Weekly. Since my iPad makes me more alert for new reads, I’m easy prey for best sellers lists and new offerings. I’ve even found applications that give me access to free books, many of them classics like Fitzgerald’s Tender is the Night. Currently I’m into Arthur Conan Doyle’s first Sherlock Holmes creation, A Study in Scarlet.

News: I’ve always been a news aficionado, something I picked up from my father, but now it’s nearly a vice, as I’ve largely stopped watching the local and network newscasts. There’s this plethora of news media, domestic and foreign, I simply can’t resist on the iPad. This doesn’t include journal and magazines. I’m surprised so much of it still remains free, though the scene is in flux.

Games: I know people who are into games around the clock. That’s not where I’m at, but when I do, it’s nearly always a game of mental dexterity such as Sudoku, Better Brain, Wordladder, and Blosics. They say they’re good dementia preventatives, which spurs me into wanting to play one daily round at the very least to keep the Beast outside the door.

Productivity: I scarcely use my laptop now, since most of what I do like blogging I can do on my iPad, and this includes printing from any room in the house. I’ve become fond of Pages for its ease and facility to handle most of my needs. In fact, I do all my blogs on iPad, save using my laptop for publishing.

Music: Though access to iTunes comes standard, I like fetching my music from sites like Pandora or NPR. I especially like to listen when I first hit the sack. There’s an advantage to such sites as well since they’ll frequently introduce me to new music, which I then can download from iTunes for my personal collection. I have this one nifty app that gives the lyrics of nearly any song I list.

Reference: As a writer, or just being plain curious, I’ve several apps grouped together that access databases yielding myriads of offerings not normally accessible to a google search. If I need stats, this is where I go. If I have questions on a health issue, here I can tap into the leading med files that physicians and pharmacists use.

Social: I’m big with this, especially Twitter. And I don’t need my laptop for this either.

Sports: Couldn’t get by without access to ESPN or CBS Sports, especially in baseball season when I can find scores, player stats, standings, the latest happenings.

Travel: I can make travel arrangements on my iPad, with access to travel guides for cities and countries. I can even see the flight arrival and departure monitors at virtually any selected airport via Flightboard. Can’t beat that!

Hobbies: I’m into languages, another one of those mind game things I suppose. Maybe I’m overboard, but I’ve got around 50 apps applying to all aspects of Spanish, for example. Nothing has done more for language learning than the iPad. Then there’s gardening. Not as many, but quite a few apps, right down to identifying weeds.

Miscellaneous: I’m using this category for all those subtle apps I rely upon frequently. For cooking, I often research recipes for nutrition facts about specific foods, whether carbs, fiber, proteins, etc., or even glycemic index. I have one app that takes your pulse! Another, Ambient Science 300, that provides bio-feedback to help you relax, promote better sleep or lower blood pressure. My special favorite is StumbleUpon, which introduces you to web and blog sites by interest that you’re likely to miss. You get the picture. By the way, at last count, Apple now features around 700,000 apps, many of them available on iPad. This just blows my mind.

Back to where I started, I use my iPad virtually for every need; my laptop solely for say banking and paying bills. Computer desktop sales have dropped off precipitously with three quarters of Apple computer purchases going for laptops. Increasingly, you’re seeing the iPad invading the professional world. Have you looked at what your doctors have in their hands? In our public schools, iPads are gaining ground, replacing textbooks.

I currently use my laptop as my default device. With the mini, I see the iPad becoming the default option, and the mini with its unbelievable lightness and retina screen becoming my mainstay for daily use. Like the desktop, laptops will largely go the way of the dinosaur.

One thing I know: I’m using my laptop less and my iPad more while relishing moving up to the next iPad generation. Or maybe to the mini!

Retired English prof (Ph. D., UNC), who likes to garden, blog, pursue languages (especially Spanish) and to share in serious discussion on vital issues such as global warming, the role of government, energy alternatives, etc. Am a vegan and, yes, a tree hugger enthusiastically. If you write me, I'll answer.
View all posts by RJ →
This entry was posted in Lifestyle, Technology and tagged iPad, iTunes. Bookmark the permalink.