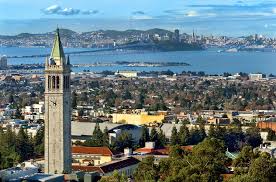 The Berkeley City Council has unanimously voted to ban natural gas in all new construction, a move critics say imposes higher utility costs on the poor.

Beginning January 1, 2020, new homes, townhouses and small apartment buildings will be without hookups for stoves, hot water, laundry and heating. The ban ultimately includes large commercial structures and apartment dwellings. Electricity is the name of the game.

There are those who object to all of this. Natural gas, after all, typically runs at half the cost of electricity, heats our homes faster, and is there for us when the lights go out.

What’s more, most of California’s electricity grid is generated by dirty coal from other states. So much for going green!

I commend Berkeley for its courageous, innovative move as America’s first city to impose a ban on natural gas. You may have heard that natural gas is not only a cheaper alternative fossil fuel, but runs cleaner than coal and oil. That’s not true. In fact it’s worse, with methane leakage at 3%.

As for the increasingly utilized gas extraction technology known as fracking, its emission rate of methane leakage exceeds that of conventional natural gas by 30%, according to an exhaustive Cornell study. It’s also a dirty, wasteful process with huge toxic effects.

Methane is an especially heat-trapping gas, exceeding carbon dioxide by 34%. Moreover, whether it derives from conventional or fracking sources, natural gas competes with transitioning to renewable clean energy sources such as wind and solar, pivotal to limiting climate change and fostering the well-being of our children. It’s the very basis of the Council’s move. In a world winding down, later comes too late.

Sometimes considered a “bridge” fuel, the reality is that every fracking gas source comes on line with a life expectancy of 30-50 years, justifying a return on investor capital in the billions. This comes at a time when according to many climatologists, we’ve only twelve years to move the needle and mitigate catastrophic consequences for all life on earth.

Since we’re also talking about the cost to the poor, the dreadful reality is that POC are already paying a grievous price, often living near pollution sources. As the NAACP rightly points out, “race – even more than class – is the number one indicator for the placement of toxic facilities in this country. And communities of color and low income communities are often the hardest hit by climate change.”

I can’t go into the logistics in a brief post, but I believe it’s imperative we alter our GDP addiction with its “growth is good” mentality to a paradigm of social justice and economic parity that a green economy potentially fosters and without it cannot succeed. Why should 1 % own half the nation’s wealth?

We’re talking about saving life on earth! That’s you and me and the other guy, too! It begins with what we do now and the sincerity that tests our commitment. Yes, it’s going to hurt us, not only in the pocket book, but in our very lifestyles, eliminating those options we took for granted as piecemeal to the good life.

Let’s me put it this way: If you needed medical intervention, would you really opt for the less reliable, local guy over the more costly, but skilled and seasoned Mayo surgeon if it came down to saving your life? Can you put a price tag on survival?

As for ourselves, we moved to Santa Fe, NM last summer and found natural gas pervasive in the community, with our house part of the grid. I’ve always been afraid of natural gas with its potential for leaks and explosions. I lost two family members from carbon monoxide. In a previous Minnesota home, I thought I smelled gas and called the gas company. I was right.

When they did the house inspection here in Santa Fe, I learned that the previous owner’s newly installed gas stove leaked carbon monoxide when you turned on the oven, common to high altitude country like New Mexico.

That was enough for us, yet shopping at the local Home Depot, we found only gas ranges and had to order our electric one. As for our washer and dryer, they’re now on electric, too.

Yes, we shoveled out some dough, but we go to bed each night with a pretty good chance of seeing daylight. Count me in on the safety factor!

In California, fossil fueled buildings and homes contribute to 25% of the state’s climate pollution as well as considerable financial outlays for asthma victims, many of them children and the poor.

One thought on “Setting an Example: Berkeley Outlaws Natural Gas”