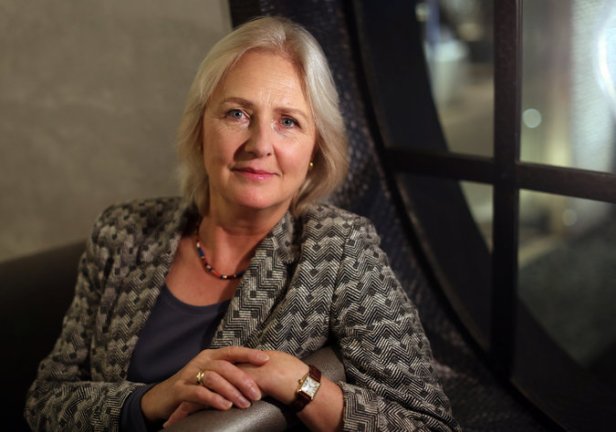 Fermor, who died in 2011 at age 96,  is widely regarded as the foremost travel writer of the last century–ever observant, never boring, blessed with diligent recall, and unexcelled with metaphor.  When you read Fermor, you’re getting not only description, but history and art amid the first stirrings of fascism in pre-World War II Europe.

The apex of his writing is, of course, his recounting of his three year walk (1933-35) across Europe, or from Rotterdam to Istanbul in two volumes:  A Time of Gifts and Between the Woods and the Water.  Sadly, it’s a Europe that’s largely vanished with its post Great War vestiges of Hapsburg resplendence; of unfettered freedom-loving peasants; of an untamed Danube not yet shackled by dams, bounded by bird-saturated wetlands; of fulsome traditions and extant vernaculars; of a redolent human goodness replete in hospitality transcending class or wealth; of a Europe not yet initiated into the apocalyptic horrors of fascism and the aftermath of Soviet hegemony across Eastern Europe.

Gifted with an ebullient personality along with many a youth’s folly, he made friends easily and treasured these friendships across the years.  They included every day people–shopkeepers, peasants, gypsies, monks–along with luminaries like Evelyn Waugh, Cyril Connally, Dylan Thomas, and Philip Toynbee.  He was especially close to Lawrence Durrell and Ian Fleming.

Here let me confess I prefer biography to autobiography because I think it’s in the former you’re more likely to find honesty than among the raconteurs of the latter, often promoting themselves or embroidering their narrative through boasts or claims difficult to confirm.

Fortunately, we have one surviving Fermor journal that records his journey, assuring us it happened.  Even so, any perusal of it tells us what we surmised–that despite his prodigious talents for memory and detail, no 18-year old could possess the salient knowledge Fermor displays forty years later in his layered recall.

In short, Fermor added details across the years, embellishing his journals through vast, omnivorous reading–often in their original languages (he was fluent in six of them)–in a laboring  akin to fashioning a mosaic.  At times, he confessed to steeping his writing in imaginative touches like riding horseback across the Hungarian steppes.  At heart, Fermor was an ardent Romantic who sometimes linked himself with Byron, who like himself had a fondness for Greece and fought for its freedom.  I wasn’t surprised then that like his hero, he swam the Hellespont.  What shocked me was that he was 69.

Like, Byron, he also had many lady loves, despite his long relationship and later marriage to Joan Raynor, whose mother was heiress to a fortune made in woolens manufacturing. (Be warned that when you learn of Fermor’s women friends you’re probably right to assume they were loves.)  What enabled Joan and Paddy’s marriage to survive these amours was their foreswearing of sexual jealousy.  In fact, Joan was observed providing Paddy with money on one occasion, should he need a woman in his travels.  His early love affair–before Joan– with the Rumanian princess, Balasha Cantacuzine, sixteen years older than himself, is certainly moving in its ultimate tragedy of ensuing separation with the onset of war and later Communism.

I know I risk understatement when I say Fermor had an intensity about him when it came to life.  Passionate, he wanted to know the full palette of human experience and verbally paint its textures.  A consummate intellectual, he never put on airs with his encyclopedic command of many disciplines, whether music, art, history, literature or languages.

He was also a brave and ingenious man, serving in World War II as a naval officer assigned to the Intelligence Corps and dropped into Crete as a liaison to the Cretan resistance against the occupying Germans.  Ultimately, in one of the war’s greatest exploits, he would mastermind the capture of the commanding German general on Crete.  Cooper is very thorough in presenting the many facets of this endeavor and the narrow escape of Fermor and his fellow partisans from German reinforcements in search of their general.

Cooper unflinchingly gives us full portraiture of Fermor.  Not everyone liked his tendency to dominate a conversation, for example.  Politically, he was conservative and despised the Communists who created havoc in civil war Spain, opposed resistance efforts in Crete, and contributed to considerable violence in post-war Greece.  He had also killed a fellow member of his Cretan guerrilla unit in an accidental shooting incident he could easily have avoided with more diligence to gun safety.  As for his writing, some critics argue his long sentences, weighted with details, may trip up readers and frequent digressions provoke their annoyance.  We learn, too, that he smoked as many as seventy cigarettes a day.

Cooper knew Fermor firsthand as the granddaughter of Lady Diana Cooper, who found Fermor captivating and remained a lifelong friend and correspondent:

He could illuminate any subject under the sun, and had a memory that had retained most of the thousands of books he had read over the years.  He knew all her favourite passages from Browning, Shakespeare, Tennyson, Meredith and Keats by heart–and much more besides….

As for Paddy, he worshipped Diana, not just for her indestructible beauty, but for the original cast of her mind, the flourish of her phrases, and the blind eye she turned to convention.

The New York Times has recently listed her book as one of the year’s (2013) most notable biographies; likewise the prestigious New York Review of Books, which had already proven its fondness for Fermor by printing several of his works as “Classics.

Having recently read A Time of Gifts, I found the biography an exceptional read in translating an extraordinary life into an effulgence of candor, scholarship and artistry.  I can’t think of a better memorial.