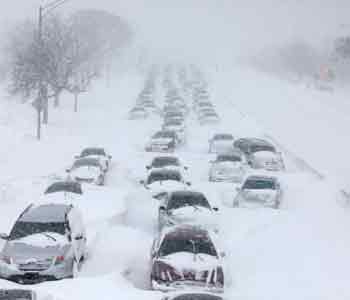 Sometimes I think about moving out of Kentucky, maybe to some place like dry Arizona or milder Oregon or Washington. Had we the bucks, maybe a compromise like Ft. Meyers, FL in the winter.  Hey, that would be a real plus, since it’d mean we’d see our beloved Bosox in their new digs.

You see, I think winter sucks!

Aw, can’t be that bad living winters in Kentucky.  What about real winter hells like the upper Midwest.  You haven’t seen anything till you’ve seen a blizzard sweep its way through South Dakota or January temps plummet to 30 below in Minnesota.  How about a New England snowdrop of 20 inches?

Yeah, man, I know what you’re saying.  In fact, I spent my boyhood in New England and lived in South Dakota and Minnesota, too.  I should add Wyoming.  Damn, that’s a place makes hell’s heat look easy!

Ok, guess it’s an age thing then.  I still don’t like it right down to my sniffles and shivers.  Let me count the reasons why:

1.  Because winter keeps me indoors:

Me, I’m an outdoor guy who lives for his garden.  Dawn means rising to eager endeavors of trimming roses, cutting the lawn, a bit of weeding here and there, off to Lowe’s for plants and fertilizer.  Winter’s like wearing a monitor bracelet.  I can look out, but I can’t really leave.  TV sucks for the most part.   Why I can’t even wash the car.

2.  Because winter makes me feel blah

Think of it this way.  Beginning with spring, nature turns technicolor, with daffodils, tulips and hyacinths bursting through winter’s cold, denuded earth, followed by summer’s contagion of color gone wild in sharp contrast to winter’s monochrome back and white.  Is there a tie-in between weather and how you feel.  You bet there is!  I know summer buoys me and winter drags.

3.  Because winter wars against my taste buds:

When  I was a kid, it was a different matter.  Now it’s a damn nuisance that just won’t go away.  It insists on getting done right away and, like housework, often comes right back.  Used to be the kids did it.  They have their own nests now.  Suddenly I ‘m aware I’m up there with the big ones, the import nations like my own.  Food, mail, other victuals–they have to find a way in and that means I’ve got to find a way out.  Shoveling doesn’t get easier when you’re packing on years.  Snow blower?  Would have to dig a path to the shed just to retrieve it, plus more money to buy and “feed” it.

5.  Because winter busts the budget:

Higher energy costs are now a salient feature of modern life and are destined to go still higher, maybe even skyrocket, given diminishing resources concurrent with increasing demand and environmental mandates.  As is, we’re on the budget leveling formula to equalize monthly payments.  Even that plan taxes the budget as winter weighs upon  the summer months in shaping monthly outlay.  Geothermal’s the way to go–that is, if you’re young, don’t plan to move, and have $30,000 handy.

6.  Because winter menaces my health:

Case in point:  my wife and I just had this conversation last night about taking-in Spielberg’s new Lincoln movie, only to decide we didn’t want to put up with the coughing, sneezing, throat-clearing cacophony of the movie audience.  Germs like crowded contexts, multiplying sputum contact and dirty surfaces.  Bad enough in the box stores, made worse by hacking coughers who don’t seem to mind sharing their misery in friendly fire in a crowded aisle.  I can’t even say I feel safe visiting my doctor and enduring the waiting room of obviously people feeling quite miserable,  T’is the season to be jolly?  No, t’is the season to catch the flu!

It’s no fun having to chip your windshield free of ice or dealing with handles refusing to budge; or irritating others in holding up traffic while you wait for the defroster to kick-in; or slipping on black ice along with other assorted evils.  Winter driving can even get you to the hereafter sooner than expected or end in serious maiming or an expensive bumper encounter.  It’s a risk you can lessen by escaping to a warmer sanctuary.  Then there are those power outages, falling limbs, and advanced supermarket raids leaving shelves empty just when you need foodstuffs most.  Last, very least, but still annoying–that dry skin that defies all lotion.

8.  Because winter interferes with my wanting to go almost naked:

I like jumping out of the car and into the store unencumbered by a coat.  Much better to enter in near runner’s garb, move to the goal line quickly, hop back in and return home.  No hat or gloves to fuss over or accidentally leave behind in a restaurant.  No coat buttons to deal with.

Now don’t tell me you like winter.  Only in places like Minnesota do people say crazy things like that.  Here, you can take my shovel.  I’ll not be needing it in Arizona.